You can do it:  I get a lot of fulfilment from writing and recording songs, and if you’re already into this you’ll know what I mean.  If you are, I hope there are at least some snippets of information on these pages that are of interest.

You might just be interested in recording your own versions of other people’s songs, or your own performances for practice or rehearsal purposes, and some of the information here can help you with that.  On the other hand, you might be just reading this out of curiosity wondering if you could write and record your own songs and have a really fun hobby, or even make a small living from it.  You could most certainly do the former but I can’t promise the latter!  If you think writing your own songs seems very daunting at first consider the following:

Learning how to record music at home is a craft that can be learned - you acquire the appropriate tools and learn how to use them.  I’m sure you already think that, as you’ve already acquired many other learned skills in your lifetime.  But you probably think songwriting is different; a ‘gift’ or a special skill that can’t be learned.  Well, that’s not true. Great songs and great recordings don’t get created by special people - most are the result of ordinary, but highly enthusiastic, people simply working hard at it.  Ok, as in all walks of life there are the gifted few for whom inspiration and originality come more easily, but believe me they are very few and far between so there’s plenty of room for the rest of us.

Like a lot of worthwhile activities it’s 90% perspiration and 10% inspiration, so you can achieve pleasing results just by working at it.  It’s not a ‘gift’.  It’s the application of bunch of skills that you learn.  And like all skills, you improve the more you practice.  As they say, ‘The harder I work, the luckier I seem to get’.

If you want confirmation of the above, take a moment to read about Diane Warren, one of the most prolific songwriters alive.  She’s written more hits and won more awards than you can imagine, but started at the age of fourteen with no special musical gifts except an enormous desire to write songs.  Diagnosed as tone deaf when aged five, she was constantly exhorted by her mother to give up her dream and get a secretarial job. Success didn’t come easy to her and she has always worked, even today, a ‘full day at the office’ to keep up her output of songs, not all of which have been equally successful, but all of which add to the mastery of her craft.

Do you need to read music?  No.  I can’t, but I’ve learned basic rudiments to help me do what I’m trying to do.  If you have formal training and can sight read so much the better but it won’t necessarily mean you can compose songs better than someone without those skills.  Once you get started you’ll pick up some basics along the way and it’s handy to know something about chord structures, scales, and so on as it helps you to work more quickly in some areas.

Do you need to play an instrument?  No, but it will help.  There’s software available (see Software page) which will create arrangements and melodies from chords and notes that you type in, but if you’re totally unfamiliar with music theory that route won’t be open to you.  If you can read music it’s pretty certain you’ll be proficient on an instrument anyway, but if you can do neither then you’ll find it hard to get started writing and recording songs*, unless you’re going to handle just the recording duties whilst a musical friend does the rest.

* Exception: Electronic or drum ‘n’ bass music is almost always compiled from cut and pasted loops of already recorded music. Goldie made his mark with this genre of music but I understand even he has the assistance of a computer/sound engineer to help him realise his vision as he creates his tracks. 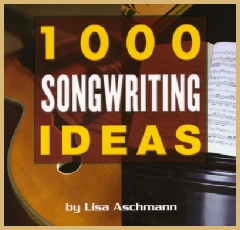 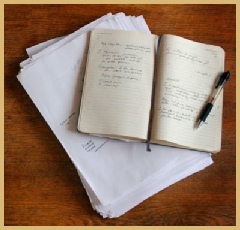